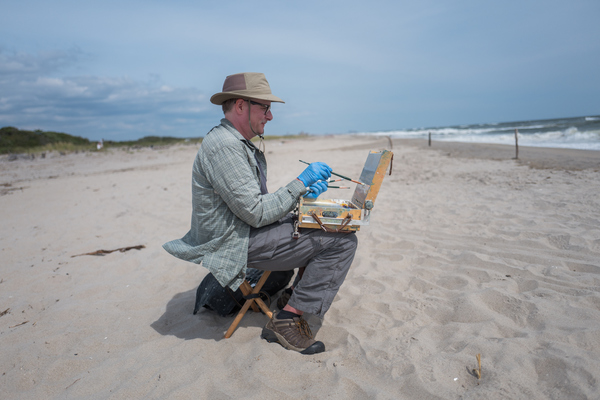 Born 1969, Portland, Oregon
Chris Wright received his BFA from the Pacific Northwest College of Art and his MFA from Pratt Institute. He has taught painting at Pratt Institute since 1999. Wright has taught with the Pratt in Venice Summer Program, Montserrat College of Art, the New York Academy of Art and the 92nd Street Y among others. He has been awarded a New York Foundation for the Arts Fellowship in painting and residencies from The MacDowell Colony and Brush Creek Foundation for the Arts. He has had one person shows at the George Billis Gallery in New York City and Los Angeles, the Martin Art Gallery, Muhlenberg College in Allentown, Pennsylvania and the Jamaica Bay Wildlife Refuge in Queens, New York. His work has been included in exhibitions at Cal State Fullerton, and the Hampden Gallery, UMass Amherst. His work has appeared in the following publications: New American Paintings, New York Spaces Magazine and American Art Collector. Wright’s works on paper are included in the Pierogi Flat Files, New York City.